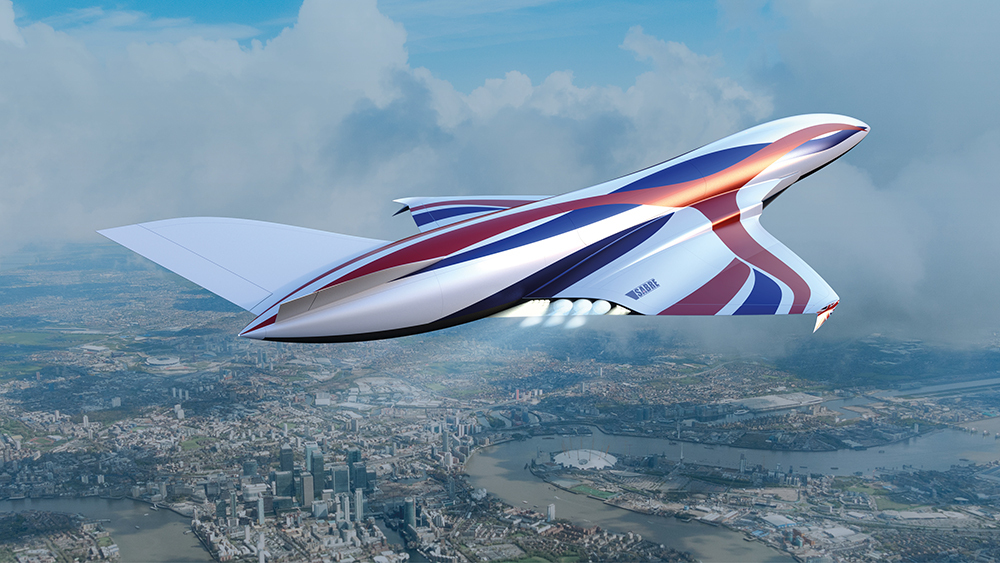 Travelers could fly from Britain to Australia in just four hours by the 2030s in an aircraft powered by a hypersonic engine being developed in Britain.

Reaction Engines, based in Oxfordshire, are building a hybrid hydrogen air-breathing rocket that will propel a plane at Mach 5.4 – more than twice the speed of Concorde – and Mach 25 in space.

The Sabre engine will slash flight times between London and New York to just an hour – with the hydrogen/oxygen engine far greener and cheaper than current air travel.

The team is running trials on the ground in Denver, Colorado, and hopes to begin test flights in the mid-2020s, before running commercial flights in the 2030s. The Government has invested $US60 million ($88 million) in the project, an amount matched by Rolls-Royce, BA systems, and Boeing.